Reputations matter to organisations today more than ever before. In his fourth article on the ‘F’ Word series, Martin Pickard considers the contribution facilities managers plays in maintaining and protecting the corporate reputation.

CORPORATE REPUTATION IS A MORE IMPORTANT MEASURE of success than stock market performance, proï¬tability and return on investment, according to a survey of some the world’s leading CEOs and organisation leaders carried out by the World Economic Forum. Only the quality of products and services edged out reputation as the leading measure of corporate success

It is a fairly obvious observation given recent business scandals that good reputations are hard to gain but easy to lose. The need to establish trust and conï¬dence is more important than ever. However, corporate reputation is a complicated issue that means far more than just avoiding scandals. How the business is perceived has a direct impact on the bottom line and shareholder value. That makes it an opportunity as much as a threat.

pportunity as much as a threat. For any company, promoting a positive image to the outside world helps to attract and retain key talent, increase sales and build successful strategic relationships. But for listed companies reputation has an even more direct impact on performance through the ï¬nancial community that grades, rates and invests in them.

The public sector is equally affected. Politicians and civil servants alike are only too aware of the power of the press and the importance of a positive image with the general public. Hence the rise of the political ‘spin doctor’, the public sector equivalent of the professional PR team, managing, planning and seeking to enhance the organisation’s reputation.

With these thoughts engaging the minds of our business leaders the facility manager who wishes to demonstrate a real contribution to the organisation can ï¬nd fertile ground. Avoiding scandal through facilities professionalism and enhancing corporate reputation through innovation and responsible actions can make the facility management function an important feature on the corporate landscape.

The impact of modern communications on the business landscape means that there really is nowhere to hide your dirty laundry. The internet, mass media, blogging, e-mail and a legion of TV and radio channels ensure that your corporate scandal will be publicised, analysed, picked over, misrepresented and exaggerated, and you will have little or no inï¬‚uence upon what is said.

The traditional PR mans job was to keep bad news out of the papers. That has become an impossibility. Far better then to have nothing to hide in the first place. A professional facility manager will be proactively managing many problem areas, preventing and avoiding problems before they occur. Issues like safety, health, fair trading, discrimination and noncompliance can all prove embarrassing hotspots if not properly managed.

Take the well-publicised case of Legionella in Barrow-in-Furness. Seven people died of the disease following an outbreak in 2002 which was traced to bacteria released into an alleyway from the air-conditioning system at a theatre and arts venue in Barrow. Another 172 were infected. It was an architect who cancelled the maintenance contract on the Centre’s air-conditioning system and subsequently negotiated a new contract, which failed to provide for water treatment of the roof-top cooling towers, thus creating perfect breeding conditions for the deadly bacteria.

For four years this case has been appearing in the media as she continues to ï¬ght manslaughter and negligence charges. The Council themselves and the maintenance company have also faced charges and all involved have been seriously damaged by the attendant publicity.

Similar damage has been done to the world’s largest caterer Compass following “serious irregularities” at their Eurest Support Services subsidiary in dealings with the United Nations and consultants IHC Services. A criminal investigation in the US and a billion dollar law suit followed allegations that ESS had illegally acquired inside information on rival bidders for major contracts for UN peacekeeping forces. An internal investigation, disciplinary action against the individuals concerned and a company restructure have cost the catering giant a good deal but the greatest concern is the possibility of long term reputation damage. A report on the incident by market analysts Dresden Kleinwort Wassertein highlights the way “mud sticks” when awarding governmental and nongovernmental organisation contracts.

Another recent red-faced facilities incident that hit the headlines was the case of the illegal immigrants arrested under the Immigration Act while working as cleaners at the Home Ofï¬ce. Five Nigerians were working for cleaning company Techclean in an ofï¬ce of the Immigration and Nationality Directorate which is the department responsible for the deportation of illegal immigrants. Despite the problem being brought to light by efï¬cient security guards carrying out proper checks, the story was seized upon by the media and used to embarrass the Government and ridicule the facilities industry in the process.

If corporate reputation is the lasting impression that the outside world has of an organisation, then the image that stakeholders respond to is an important part of the story. The image of a business goes well beyond mere application of the brand; it is the visual manifestation of the organisations complete identity. The former Chairman of Unilever, Sir Michael Perry, laid down a six-point guide to the maintenance of corporate image which works particularly well when considered from an FM perspective.

As the primary internal service department facilities management can play a major part in that process as both role model and facilitator. Approaching every decision and challenge from the customers perspective will make certain that such focus can be maintained.

Corporate Social Responsibility represents the single biggest opportunity that the ambitious facility manager has to enhance and promote the reputation of the organisation they serve. As public and private sector organisations alike become ever more concerned with good corporate citizenship, many issues that facility managers have battled for for years have suddenly become board room agenda items. Topics like sustainability, energy, waste minimisation, recycling, fair trading, community involvement, work life balance, a quality working environment and customer service are all components of the corporate responsibility remit. The professional facility manager now has the opportunity to provide the business with a host of good news and can gain support for further investment in positive action.

There are many examples of good practice to be found in the CSR field such as:

Across the country facility managers are attacking workplace problems, reducing the quantity of waste going to landfill, driving down energy consumption and supporting local businesses and community issues.

Reputations matter to organisations today more than ever before. A good reputation attracts customers, staff and investors while the impact of scandal, disaster or service failure may take years to repair. The good work delivered by professional facility managers can prevent many such problems. However, the current focus on corporate citizenship represents a signiï¬cant opportunity for the ambitious facility manager to enhance the reputation of their business and thus make a direct contribution towards a signiï¬cant organisation goal.

The question is whether facilities management will grasp the opportunity to take a pro-active strategic lead or continue to respond at a tactical level and miss out on the chance to raise its credibility higher than ever before. 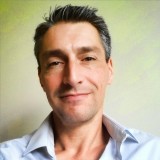